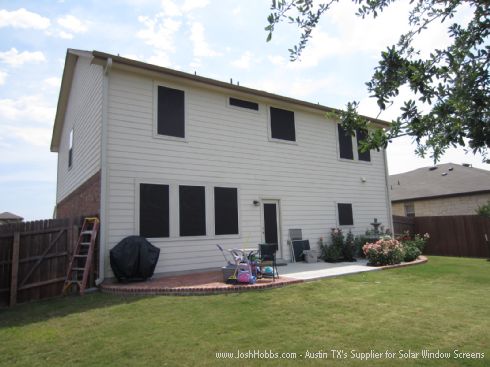 She did say that there’s a little bit of adjustment, now that it is darker inside of those rooms, but I suspect she’s going to get used to it quite quickly. One of the things that she did say that people don’t know about, until they get the solar screens is, “Yes, because it is providing 90 percent shade. The sun is being blocked considerably.”

However, now that you are shading from the outside of your home, you will be able to draw open your blinds on the inside. Previously, with the blinds close, you are blocking all of the sun’s light. You are just doing it from the inside of your home.

Now, you have solar screens on the outside that’s blocking the sun and it’s letting in 10 percent light, versus closed blinds which don’t let in any light. Now, with the blinds open, you actually should get more sunlight into the home. 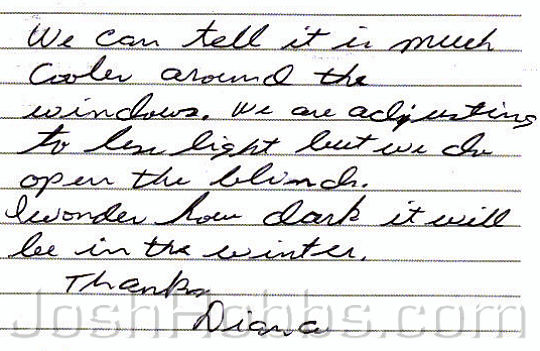 We can tell it is much cooler around the windows. We are acclimating to the low light but we do open the blinds. I wonder how dark it will be in the winter.
Thanks, Diana